The Transformation of West Africa through the Gospel of Jesus Christ.

FOUR OBJECTIVES GUIDE US IN OUR MISSION

THE GOSPEL FOR UNREACHED PEOPLE

West Africa is made up of 18

countries and is home to about 350 million people and a diversity of languages, cultures, and traditions. Since about the 9th Century, Islam has dominated the religious landscape, but strong ties to African Traditional Religion also remain throughout the region. Christianity is the new kid on the block. Over the past few decades the gospel has been welcomed by more people in West Africa than in it has in the past few centuries combined. God is on the move in West Africa! West Africa Reformed Mission is committed to reaching the many remaining ‘unreached’ tribal groups of West Africa by training and deploying national missionaries with the gospel of Jesus Christ.

THE GOSPEL FOR CHILDREN

Children are the future of West Africa. However, children also remain the most vulnerable segment of the population, often neglected and sometimes targeted by a growing sex trafficking industry in the region. Jesus placed a priority on ministering to children when he said, “Let the little children come to me; do not hinder them, for to such belongs the Kingdom of God.” West Africa Reformed Mission is committed to seeing children brought into the Kingdom of God and given a safe place to live and learn about our Savior’s world through children’s homes and Christian schools.

THE GOSPEL FOR COMMUNITY TRANSFORMATION

The gospel not only 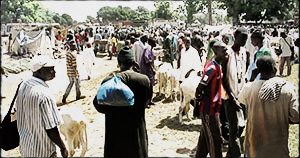 has the power to transform individual lives but also entire communities as God’s love spills over in many practical ways to bring hope, healing, and wholeness to some of the poorest countries in the world. West Africa Reformed Mission is committed to seeing people restored in the image of God and living out their fullest potential as stewards of their abilities and the resources around them for the good of their neighbors and their communities.

THE GOSPEL FOR BUILDING SUSTAINABLE CHURCHES 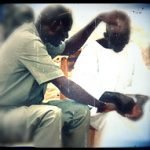 The church is Jesus’ body in the world and the place where new Christians are born and grow in gospel maturity with one another. For this reason, the West Africa Reformed Mission is committed to planting new churches that through local leadership seek to equip God’s people for sustainable church ministry.