posted on January 18th 2018 in Uncategorized 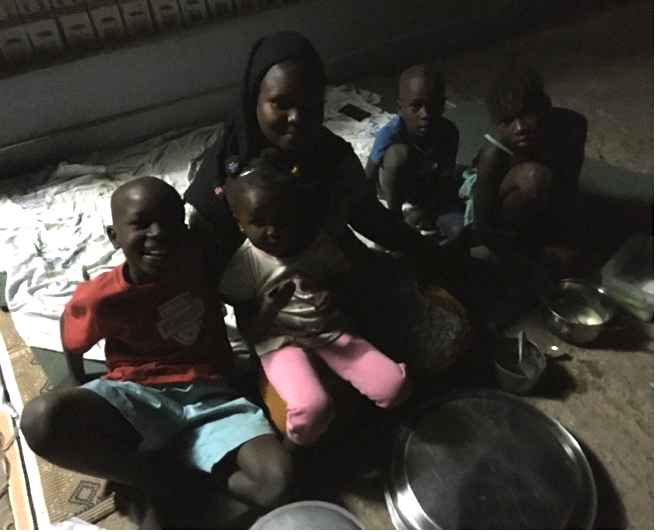 This is the account of M-A*, a pastor’s wife, as told to a field worker earlier this summer and translated into English:

“God is doing miraculous things through us among the Fula! Recently, we heard about a Fula girl in our community who has a health problem which causes her to regularly fall unconscious. She also hears voices telling her to hurt herself. She is the daughter of a local marabout [think Mslm teacher and witch doctor all in one]. Whenever she falls unconscious, he performs a mystical act and she is better. But one day a few months ago, the girl fell unconscious and the marabout-father’s usual solution did not work. The girl was not waking up. That’s when her younger sister came to find me. I had gotten to know the younger sister and was sharing the gospel with her, telling her that Jesus is all-powerful. When she saw her older sister still wasn’t waking up, she told her mother, ‘Let’s ask Pastor to pray to Jesus for her.’ Her mother agreed, and the sister came to ask me to bring my husband, the pastor, to their house and pray for her sick sister. So I told my husband about the situation, and that evening we went together to the marabout’s house. We found the house full of people. Pastor I* started preaching the gospel to them. The marabout slipped away and went to bed; we were told that he did not like that we were there. We went into the room of the girl, and we prayed for her. She woke up. It’s been three months and she hasn’t had a spell since.”

The Fula girl in Pastor I and his wife M-A’s town continues to be healthy and no longer suffers from the fainting spells. Not only that, but as evidenced from the following account, the word is spreading among her Mslm relatives of Jesus’ power to heal. Also evidenced in the account, though, is the extreme social pressure among the Fula that makes following Jesus a very hard step for them. Your prayers are needed:

A male relative of the girl, who hadn’t heard the news that she was better, came to her mother to tell her about an especially good marabout in another town that he heard about. [Recall that a marabout–pronounced “MAH-rah-boo”–is like an Isl@m!c teacher and witch doctor all in one.] His mother, an older woman, had been suffering for some time from her own sickness; she couldn’t sleep and would spend all day and night holding her head, crying, or throwing things in fits. So the son planned to take her to the marabout. Knowing of the girl’s condition, he figured her mother might want to come along and bring the girl. But her mother said that she no longer needed to be taken to marabouts, that Jesus had healed her, that a Christian had prayed for her and that ever since, she was better. The male relative asked her to put him in touch with the pastor. So the younger sister of the girl who’d been healed [remember from the previous update that M-A was witnessing to this young sister] was sent to the pastor to inquire if he’d also come to the man’s house and pray for his mother, as he had done for her big sister.

Pastor I and M-A used the opportunity to urge the younger sister to follow Christ. “One day we may have to leave,” they said to her. “But if you accept Jesus then you will also be able to pray to Jesus for the healing of your relatives. Otherwise, who will be here witnessing of Jesus if we have to leave?”

She replied, “I know that Jesus is the truth. But in my current situation, as a young girl and the daughter of a marabout, I can’t just—like that—follow the way of Jesus.”

So Pastor I, M-A, and another member of their small house-church went to the man’s home. The whole household was there at the time. The mother was sitting with her head in her hands, moaning. Her son told the pastor, “This is all she does, day and night. We’ve taken her to marabout after marabout. And look, the medicine we’ve also tried is sitting over there. None of it has had any effect.” Pastor I said to them, “We’re not marabouts. We don’t make sacrifices. What we have is Jesus, that’s all we have to offer. It’s not us, but God chooses to use us to make the power of Jesus known. So don’t believe in us; believe in Jesus because it’s Him who has the power and works the miracles. It’s in the name of Jesus we pray. We want you to know to whom we pray beforehand.”

The son and another male relative listened. The three Christians went on to pray for the woman. When they’d said amen, the woman got up, took their hands in her hands and said several times, “Jarama” (Fula for “thank you”). She then told her son to bring her a pillow and she laid down and slept. In shock, the son said, “I can’t remember the last time my mother slept.”

M-A said, “The next day we returned to visit them and see how the older woman was doing. She was fine, healthy, and acting normal again. However, there was an Isl@m!c teacher also present at the time. The two male relatives who listened to us share the gospel the day before wouldn’t come over to us. We eventually left. But the son came by our house later that same day to tell us how much better his mother was now, how effective the prayers had been.”

Stories like this one are not uncommon among first generation believers in West Africa. They illustrate the reality of both earthly and spiritual obstacles. But they beautifully display and remind us of the remedies: God’s people simply loving their neighbors, equipped with the gospel and prayer.